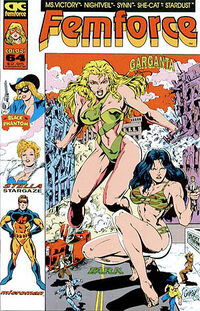 Tara Fremont was the daughter the most powerful and wealthy men in Florida and the heiress to one of the worlds most insidious industrial empires. Due to being raised in the protective arms of her social status, Tara would come to have the "blinders off" as she grew up seeing the environmental horrors her family's corporation would cause. Tara choose to devote her life to environmentalism, using her family's resources to ready her for a life of Activism beginning with her schooling in environmental sciences. From the Academy she was the idealist who organized rallies to protect the environment, having championed endangered species throughout the planet and in the process has adapted to life in various jungles and other locations far from civilization. Tara became an expert in both animal preservation and marine biology, graduating with degrees in Wildlife Management and Veterinary Medicine.

Tara used her families vast wealth to create her home-base is an artificial island, Jungle Island,which was created just off the coast of Florida. After years of construction so the island would be self sustaining and free of pollution as much as possible, Tara had herself and a few other naturalists move onto Jungle Island. Tara felt she had needed this island to create a sanctuary for specific endangered wildlife who she knew would disappear in a matter of a short time in the outside world. Due to her having Jungle Island created its renown as an expert site in animal preservation. Tara was later mutated and gained the ability to increase her own height and strength to those of a giantess. She then returns to her natural height at will. She has demonstrated no abilities to shrink to smaller heights. In FemForce issue #100 Tara's powers were enhanced on a strange planet and she was able to grow to several hundred feet with very little effort. However a side effect was that after wards she was reduced to mere inches in height.